Some things are timeless.

Our world has seen many profound changes and historic events since our founders first met – World War, The Great Depression, seismic shifts from an agricultural to a manufacturing and now a technology-driven economy, The Civil Rights Act, rising divorce rates and the redefinition of family unit, the tragic events of September 11th, the emergence of digital technology and explosion of social media, and the COVID-19 pandemic - just to name a few. However, there are some things that have not changed throughout the years and will remain forever timeless. The guidance, comfort and salvation that can only be discovered through faith in one God: Father, Son, and Holy Spirit. And our founding decree, which we hold dearly to this day, of being an inclusive church where all people, regardless of your faith or background, are welcome to celebrate with us.

​Before the “Little Stone Church” in Mountain Top. 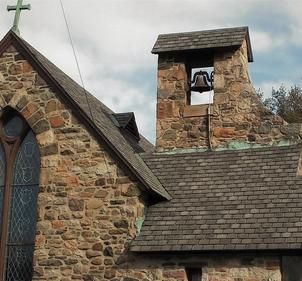 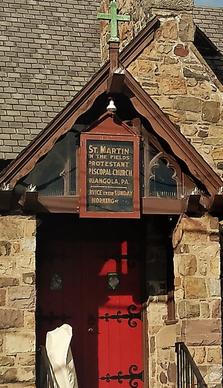 The congregation looks for a new place to worship.

As the number of faithful grew, so did Mr. Pettit’s poultry business. By 1921 he needed all the space in the chicken hatchery, so the group found itself looking for a new gathering place. In June of that year they rented a small schoolhouse on the farm owned by Richard Jones. A steeple was added to the tiny schoolhouse, and the congregation turned it into their church, naming it St. Martin-in-the-Fields after the historic church now on Trafalgar Square in Westminster, London. When Henry VIII built the London church in 1542, it was literally “in the fields,” located in an isolated rural area between Westminster and London. The saint whose name the church ascribes is St. Martin of Tours, patron saint of soldiers and the poor. 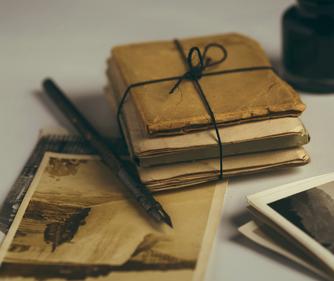 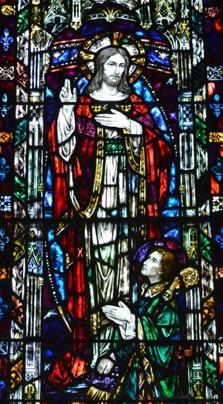 After five years in the compact schoolhouse, it was time for the flourishing parish to have its own distinctive house of worship. Construction of what would become St. Martin’s permanent spiritual home began in 1926 on two acres of land known back then as Striver’s crossroads. The grounds were donated by Mr. and Mrs. Eli Weyhenmeyer, and even now after all these years, the Weyhenmeyer family remains active in St. Martin’s. The congregation wanted their church to reflect the character of England’s renowned cathedrals, so they commissioned local Italian stone masons to build an old English style church. The artisans were meticulous in their work, carefully selecting the stones for the structure from throughout the Mountain Top region. St. Martin’s was designed by T. Sommers Newman of Wilkes-Barre, who would go on to become the architect who developed the Rockefeller Center. Our church doesn’t have a steeple; instead, it features an open belfry which houses a charming antique bell. A contractor by the name of C.C. Rosser resurrected the iconic bell from a school house in Nanticoke that was slated for demolition. The first service in our church was held nearly a century ago on Easter Sunday, April 17, 1927. St. Martin’s was consecrated on July 4th of that same year.

This block contains code to allow dead links in the navigation to function properly. This block will not be visible on the live site.

Our inception dates to 1913, a year before the outbreak of World War I. That’s when a small group of young married couples, all of whom were from various religious denominations, began meeting for bible study in the home of Fred S. Pettit. Their first religious instructor was Reverend William Vanness, a Primitive Methodist pastor, and the group was referred to as The Billy Sunday Revival of 1913.

The following year Fred Pettit was chosen to replace Rev. Vanness as Bible teacher, and since Mr. Pettit belonged to St. Peter’s Episcopal Church as a child, the small group selected the Episcopal Church for their spiritual leadership. Then they petitioned the Bishop of Bethlehem, Rev. Ethelbert Talbot, for a lay reader. Mr. Pettit was appointed to the position and Episcopal services began. Though still a small group, the congregation moved from Mr. Pettit’s living room to a space in the new chicken hatchery he had built for his poultry business.